Ivan Pavlovich Neumyvakin, Doctor and Professor of Medical Sciences, a laureate of the USSR State Prizes, known in Russia and throughout the world as a founder of space medicine.  He also is known as the creator of his own unique health improvement and maintenance system based on health and cleansing procedures, regular physical activity, and a correct lifestyle. He received numerous honorary titles: "Honored Person of Russia", "Distinguished Healer of the Russia", "Maitre of Science and Practice", "Guru of healthy lifestyle". 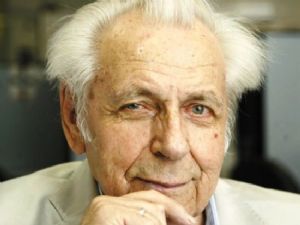 Professor Neumyvakin was vice president of the Russian Association of Folk Medicine; member of the Bureau of the Academic Council of the All-Russian Research Center for Traditional Folk Medicine; Academician of the European Academy of Natural Sciences and the International Academy of Medical and Technical Sciences.

Ivan Pavlovich Neumyvakin was born in 1928 in Kyrgyzstan into a family of farm workers. In 1951 he graduated from a medical institute and became a surgeon. Since 1959, he had been engaged in space medicine for 30 years, working at the Institute of Aviation and Space Medicine (1959-1964) and then at the Institute of Medical and Biological Problems of the Russian Academy of Sciences (1964-1989).

Dr. Neumvakin had been responsible for health and wellness of Russian astronauts. The results of his professional activity were certificates for 85 inventions, devices and drugs that effectively supported the stable health of astronauts in conditions of the highest overloads, as well as made it possible to carry out surgical operations directly on board of a spacecraft.

Since 1989, I.P. Neumyvakin had opened several medical centers where patients could restore the healthy body function without expensive drugs, including cancer patients. He wrote about 200 books teaching people to awaken the protective and restorative functions of the body, to maintain health with cheap and improvised properties such as hydrogen peroxide, baking soda and herbs. Ivan Pavlovich believed that there is no such thing as a "disease". This is just a situation caused by an incorrect lifestyle and slagging of the body. He perceived a person as an energy system that can work perfectly under right conditions.

According to the professor, only an activation of internal hidden forces of a body and correct understanding of a problem could completely restore health, and not masks its disorders. It is the foundation of longevity and wellness. Medicines cannot provide a solid basis for health; if they are taken constantly or periodically, it aggravates the violation of the internal balance in the body.

I.P. Neumyvakin claimed that being healthy is not that difficult. The main thing is to understand that the health given to us from birth must be protected from an early age and strengthened every year.